These intriguing NZ shadow experiences were sent in by one of our wonderful followers…. 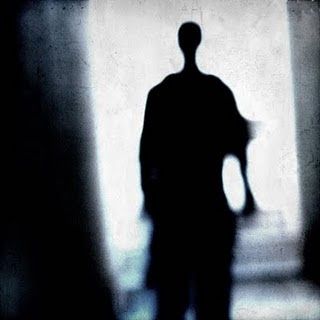 I’d like to document An experience, here’s one out of a few in my life,all experienced in the same house. I’m not a person who is easily scared and I’ll always looks for the logic in situations but there are just some that you know you were very lucky, or unlucky to experience and some things that just have no explanation.
The first, when I was young, with a partner and 2 girls of 6yrs and 4yrs, we lived on Robinson’s farm in Matangi, just outside Hamilton, renting a 100 year old 5 bedroom house. The inside of the house was pretty original with painted walls with the old border wallpaper, open fires in the bedrooms, high ceilings, lead light bifold windows etc. amazing old house, in a bit of disrepair though.
We lived in one side of the house due to the size and didn’t go up the passage to access the other side of the house very often. The other side of the house was quite foreboding and you didn’t like to be there on your own.
It was a very spiritual house, not always in a good way.
I could put something down, never to find it again, a door would open by itself when
it opened on carpet and usually needed to be physically pulled opened. The dog would occasionally start bark and growling and going off, with her heckles up, at while looking up towards the ceiling, usually at night.
My youngest daughter would wake up with what I put down to night terrors weekly, and while I was sitting on her bed trying to calm her she would be petrified, arching her back, thrashing and screaming in terror looking up towards the roof of the bedroom. Sometimes I would need to leave the room to calm her and reduce the uneasy feeling I was starting to get. I knew there was ‘something’ in the house but I just just accepted it.
Sometimes your hair would just stand on end sensing something unknown, some rooms in the house would get very cold.
It had a dirt road driveway about 400 mtrs long. At the beginning of the driveway coming off the road, was a cattle stop.
For a few months I would go down  in the evening to play scrabble with a neighbour who lived beside the driveway entry down by the road, while my parter looked after our sleeping children.
Many, many, many nights I did this routine.
One night I hopped in my car to go back home, turned over that cattle stop onto the driveway home and immediately felt uneasy, like I sensed someone there. I looked in the back seat, adjusted my mirror so I could see in the back. I thought maybe someone was in my car! Nothing!
The feeling went from uneasy to terror. I was waiting for something to appear in my headlights, to the left to right, feeling like something was behind me..just everywhere, surrounding me. That was the longest scariest drive home.
I drove the 400 mtrs, ran out of that car, I broke the small lead light glass window on the door with my hand to reach in and unlock it as i was to scared to wait in the dark with whatever that was, while my partner opened the door.
That night evil was riding with me.
I have never felt that feeling in my life and never, ever do I want to experience that again. For years talking about it could bring tears to my eyes. Reliving it wasn’t pleasant.
It really was an ultimate terror.
I drove that driveway all the time at night because it was my home, but that night….
I have no answer, but now I’m 52yrs old and all though the terror faded over time but I have never forgotten the experience.
I live in Australia now.
Diane F