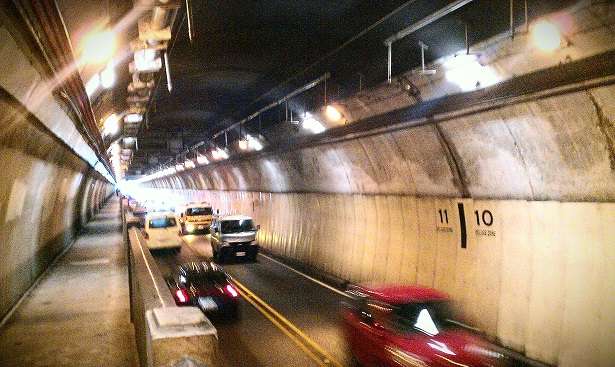 The time-old tradition of tooting the car horn whilst traveling through certain New Zealand road tunnels date back many generations.
In fact, the tooting phenomenon is a worldwide tradition. The practice of tooting in San Francisco’s Waldo Tunnel for one, a structure immortalized in the film Dirty Harry – even inspired composer Bruce Kurnow to compose an ode to tunnel-honking called Honk If You Love Harmonica.
Historically, it is surmised that when certain tunnels were first built there was no electricity or lighting installed. One would drive through in pitch darkness. There were so few cars on the road and the tunnel so dark, that when one saw an oncoming car, they would sound their horn to be sure they could see each other to avoid any accidents. It was also used as a customary “Hello” greeting, as only a select few even owned cars back then.

Many, however, have no idea of the reason why they are signaling whilst driving through the dark concrete tube ways and the possible reasoning behind this dark tradition.
For many, it is a sign of tribute to those that may have died during the tunnel’s construction.
For many more, it is to pay respects to a sad death, or deaths that have occurred in the tunnel. A way of showing they haven’t been forgotten. The same is said when driving past a cemetery.
Some do it to ward off nasty Trolls. Yes, TROLLS.
Whilst others may enjoy it for its musical aesthetic; the play of tyres on the road reverberating off the tunnel walls.
In Wellington, for example; the 623-meter Mount Victoria Tunnel opened on October 12th, 1931, holds a few dark memories. Urban legend has it the tradition of sounding the car horn in the tunnel is in memory of 17-year-old teenager Phillis Symons, who was murdered and buried alive in dirt fill while the tunnel was being built in 1931
Reports stated that Phillis, pregnant at the time, was knocked unconscious with a steel pipe by her boyfriend, a tunnel construction worker George Coats, then dumped in the soil just outside the tunnel on the Hataitai side.
Upon learning of the murder, police ordered workers to excavate the tunnel’s fill in order to locate the victim. Her body was found hunched up, indicating she had tried to escape but suffocated in the soil. The death was written about in a 1981 Evening Post article detailing the history of the tunnel. “This unfortunate young lady was buried alive in the fill from the tunnel by her singularly unromantic lover. But, apart from that rather irregular use of the fill, the excavation of the tunnel was a remarkably straightforward job,” the paper said.
The Court sentenced Coats to death by hanging, for murder, though he claimed she had committed suicide and that he had buried her to avoid being blamed for her death. Even on the gallows, Coats proclaimed his innocence. His last words being: “I am innocent. I trust in the Lord.”
Phyllis Symonds was buried in Karori Cemetery, in Wellington.

Other New Zealand tunnels that follow the ‘Tooting’ tradition are: