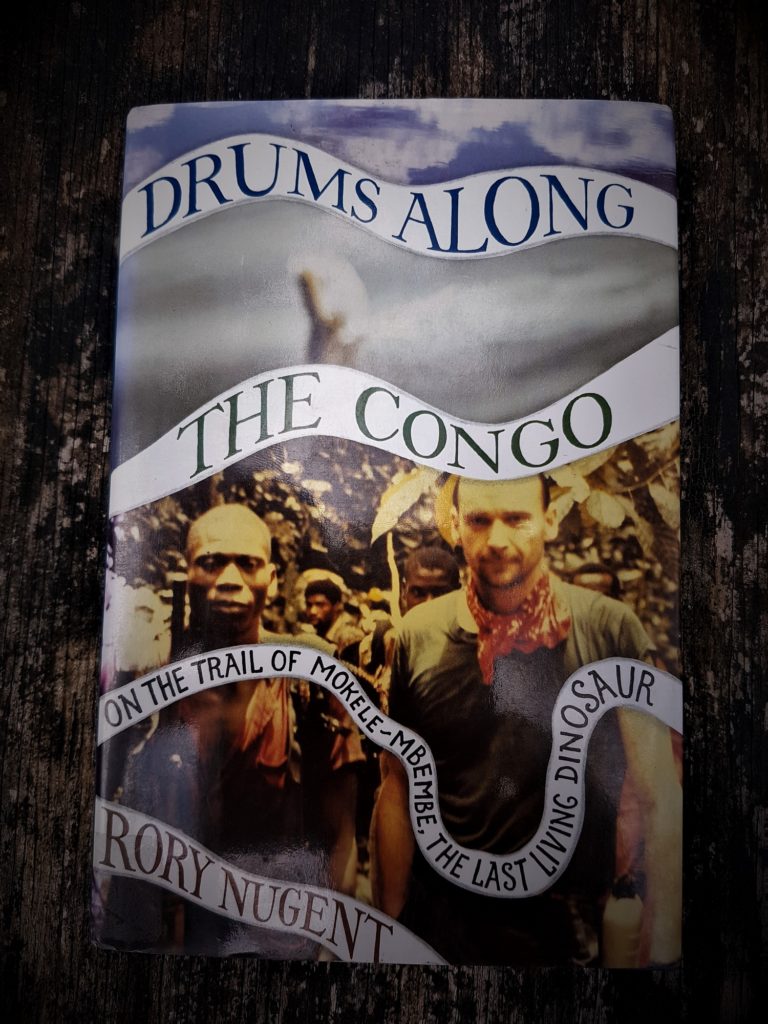 PUBLISHED 1993
In the upper reaches of the Congo River, there are many generation-transcending stories of an actual living dinosaur named Mokèlé-mbèmbé, or the God-Beast as the native locals respectfully call it.
This name originates from the Lingala language, and is commonly translated to mean ‘one who stops the flow of rivers’, said to be a reference to the creature’s supposed preference for nestling in the bends of rivers.
Nugent is a self-styled adventurer who set out to find Mokele-Mbembe, and he gives us an intimate yet detailed account of his quest in search of this elusive creature.
Though there have been many reports of Mokele-Mbembe sightings since the late 19th century, the scientific community has shown little interest in researching it. From interviews with locals and eye-witness accounts by explorers, it is believed that the creature is a sauropod, like a Diploticus or Apatasaurus (commonly mistaken for a “Brontosaurus,” which did not actually exist).
A handful of expeditions have searched for it over the years with little success, but Nugent relied less on science than a desire to document the obscure. He made his way by plane, canoe and foot to Lake Tele, reputed home of the creature. It’s an environment little changed since the age of dinosaurs and he spent weeks paddling and trekking the dense swampy region.
Does he actually find the ‘’God-Beast’’? Maybe yes, maybe no; I don’t think Rory himself is very sure but he’s such a great spinner of vividly detailed earthy yarns, you can’t help but keep on turning the pages till the end.
Really enjoyed this one and recommend it to anyone interested in Cryptozoology; the study of mysterious and hidden animals, a fascination for the unknown and a sense of raw, bushwhacking adventure.