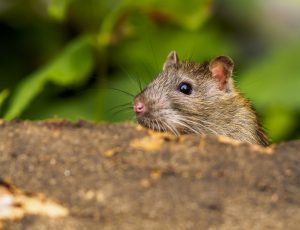 When views have existed for many years, it can be extremely arduous changing them. New Zealand is a classic example, it was always thought that we were free from snakes, crocodiles and even apart from three species of bats, mammals as a whole.
A way different picture is certainly now being painted of New Zealand in its early years.
Yes most certainly birds abounded but as it would appear, so did a large species of Python, crocodiles and a small species of rodent perhaps the first of many to be found.
Part of the jaw, and a hip bone from a mouse sized animal was found in the fossil rich St Bathans region of Otago and was dated to be about 16 million years old. The thing is that rodents make fantastic food for raptors, and I am sure many a small Harpagornis began its early diet on species of small rodents, lizards and birds smaller than itself. Mr Worthy from the University of Adelaide stated “there are other mammals waiting out there to be found”.
Judging from his enthusiasm it is quite likely. It is absolute certainty that the night hunting Morepork and Laughing Owl would most certainly have found a rodent dinner very much to their taste.
That is the amazing thing, when rats first appeared in this country, namely the kiore -Rattus exulans Peale), I believe these owl species actually saw this as more of a gift than a condemnation as they were already used to eating the endemic species. These fossils also indicate that New Zealand’s history needs to be rewritten and New Zealand may not have been as completely submerged 25 to 30,000,000 years ago as scientists thought. It also creates somewhat of a dilemma as more mammal fossil may lie in wait, waiting once again to see the light of day. Perhaps the birds succeeded the mammals that were already here. The crocodile species that existed here would most certainly account for the unbalance between predator and prey ratios as like Harpogornis they would have easily been able to take down a large Moa as it came to the water’s edge to drink.
Species such as the Python would have kept Kiwi and other ground dwelling birds like Kakapo in check as well. The tiny jaw and tooth fragments of a Python like snake were excavated along with the mammal fossils which shows that New Zealand was definitely a different place back then. However, there was a difference the Python fragments were dated at 15 to 20,000,000 years ago. Along with these fascinating finds came teeth and a number of scales from a crocodile like reptile measuring 1.5 m (5 feet) to 2 m (6.5 feet) long.
Quite capable size of handling any large size Moa.
What also made this site extremely interesting were the remains of teeth of a tuatara like reptile.
The oldest tuatara fossils were dated to 20,000 to 30,000 years ago, these stretched back in history a lot further. One of the things that make this fantastic area so unusual is that it was a fresh water deposit which are very rare so the location is kept strictly guarded to prevent amateurs from destroying possibly extremely valuable, both scientifically and monetarily from destruction.
Craig Jones-the Institute’s Collections Manager stated “these deposits exist only in isolated pockets.” Even with these small missing links once brought into the faunal picture of an early New Zealand evolving landscape the whole scenario right away seems a lot more comfortable.
It is definitely highly likely that we may, or may never find the missing pieces to New Zealand’s puzzling past.
Where are the large “clean up crew” that got rid of the large carcasses which Harpogornis could definitely not pick clean.
Where are the Vulturine or other large scavengers that cleared away the waste of those at the top of the food chain.