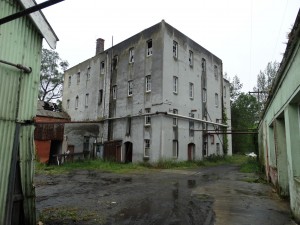 Milton is a town of 2,000 people, located on State Highway 1, 50 kilometres to the south of Dunedin in Otago, New Zealand. It lies on the floodplain of the Tokomairiro River, one branch of which loops past the north and south ends of the town. This river gives its name to many local features, notably the town’s main school, Tokomairiro High School.

Founded as a milling town in the 1850s, there has long been dispute as to the naming of the settlement. The town’s streets are named for prominent British poets, and it is possible that the town’s original intended name of Milltown became shortened by association with the poet of the same name. It is equally possible, however, that the name Milton inspired the choice of poets’ names for the streets.

Milton’s early history was strongly affected by the discovery of gold by Gabriel Read at Gabriel’s Gully close to the nearby township of Lawrence. As Milton stood close to one of the most easily accessible routes to the interior, it grew greatly during the goldrush years of the 1860s and was a major staging post for prospectors heading for the goldfields.

Milton was an important town in early Otago – much more so than it is today – mainly due to its location on the route to the goldfields, and also for the Bruce Woollen Mills, which were among the province’s largest factories. Other prominent industries included the Kiwi Bacon Factory, which had a branch in Milton until the early 1980s. The town’s importance in communication in the early years of New Zealand settlement is emphasised by it being one of the two centres first linked by long-distance telephony, with a pioneering line set up between Milton and Dunedin in February 1878. It was not until the early twentieth century that it was superseded in size by the now considerably larger local town of Balclutha. The town was also important in education in early Otago – the Tokomairiro School – now split into Milton Primary School and Tokomairiro High School – was founded in 1856, only eight years after the founding of the province itself, and was one of the province’s leading schools for many years thereafter.

Bruce Woollen Mill established the 117 year old Milton-based business in 1897, and at one point manufactured the first woollen overshirts on behalf of Swanndri.

The mill is responsible for transforming wool into sliver for spinners, weavers and felters worldwide. When the mill went into liquidation, joining a long list of mills around New Zealand to close, with it went a critical part of Otago’s rich heritage, raising uncertainties about the future supply and quality of the sliver.

1962: Business taken over by Alliance Textiles.

1992: Forty-nine workers locked out for refusing to sign new employment contract agreements. A group of 13 protest outside the mill gates for the next six years – longest industrial action in New Zealand trade union history.

Whilst passing through this beautiful rural town, we spotted the looming grey structure and decided to have a closer look. Lucky for us, the current lease holder of the old buildings, who had utilised one of the large sheds until it is eventually demolished, was working in one of the buildings at the time. Permission to enter and document this incredible derelict mill, was granted.