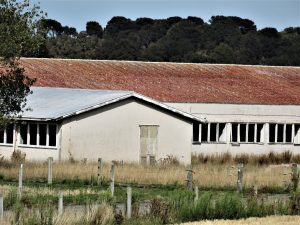 Lake Alice Hospital was once a rural psychiatric facility situated in the Manawatu region, catering to the full mental health spectrum, from troubled youth and the criminally insane to the elderly with dementia.

The facility slowly shut down during the mid 1990s, with plans to assimilate patients back into the community. It was an idea that divided many in the community, as public safety concerns came into question. Full closure of the hospital was implemented in October 1999.

Former patients of the hospital’s child and adolescent unit have made allegations of abuse that happened at the hospital during the 1970s, including the use of electroconvulsive therapy and paraldehyde injections as punishment. The New Zealand government issued an apology in 2001, and has so far paid out a total of $10.7 million in compensation to 183 former patients.

Auckland accountant and property developer’s group Lake Hicks Ltd purchased the buildings and grounds in July 2006, though redevelopment plans came to a halt after the new owners fell into financial difficulties and could go no further with it. 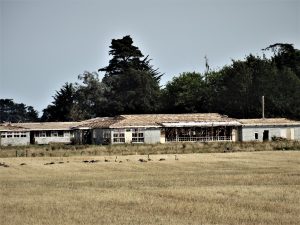 Lake Alice was sold on once more in December 2008 with plans to demolish most of the buildings to make way for farmland after plans for a subdivision failed. At this time, only a handful of buildings remain, abandoned and derelict, having been vandalised by trespassing urban explorers and thrill seeking teens looking for a spooky place to party. Much of the complex has gone and the remaining villas, which had asbestos roofing, are being carefully demolished one by one.

There are many stories that have circulated through the generations of the Lake Alice Hospital being actively haunted by spirits. Staff working their shifts have told of mysterious apparitions, voices, being touched by invisible hands, surgical equipment moving without human interaction and figures seen wandering the halls.