So, this week…Tell us what you really think about…

On 23 May 1964, Jim Templeton, a firefighter from Carlisle, Cumberland (now part of Cumbria), took three photographs of his five-year-old daughter while on a day trip to Burgh Marsh.

Templeton said the only other people on the marshes that day were a couple of old women sitting in a car at the far end of the marsh. In a letter to the Daily Mail in 2002, Templeton stated, “I took three pictures of my daughter Elizabeth in a similar pose – and was shocked when the middle picture came back from Kodak displaying what looks like a spaceman in the background.”

Templeton insists that he did not see the figure until after his photographs were developed, and analysts at Kodak confirmed that the photograph was genuine. – Sam 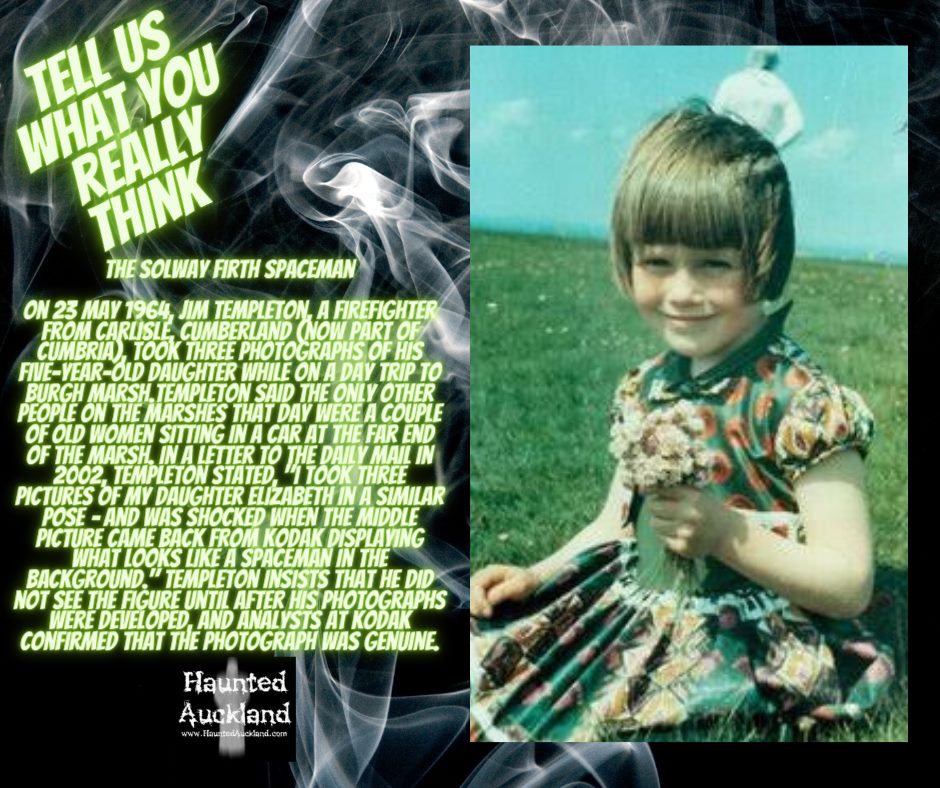