The Riccarton Racecourse Hotel is considered to be one of the most haunted places in New Zealand. It is said that the ghost of former licensee Donald Fraser walks the corridors of the hotel looking for his killer. 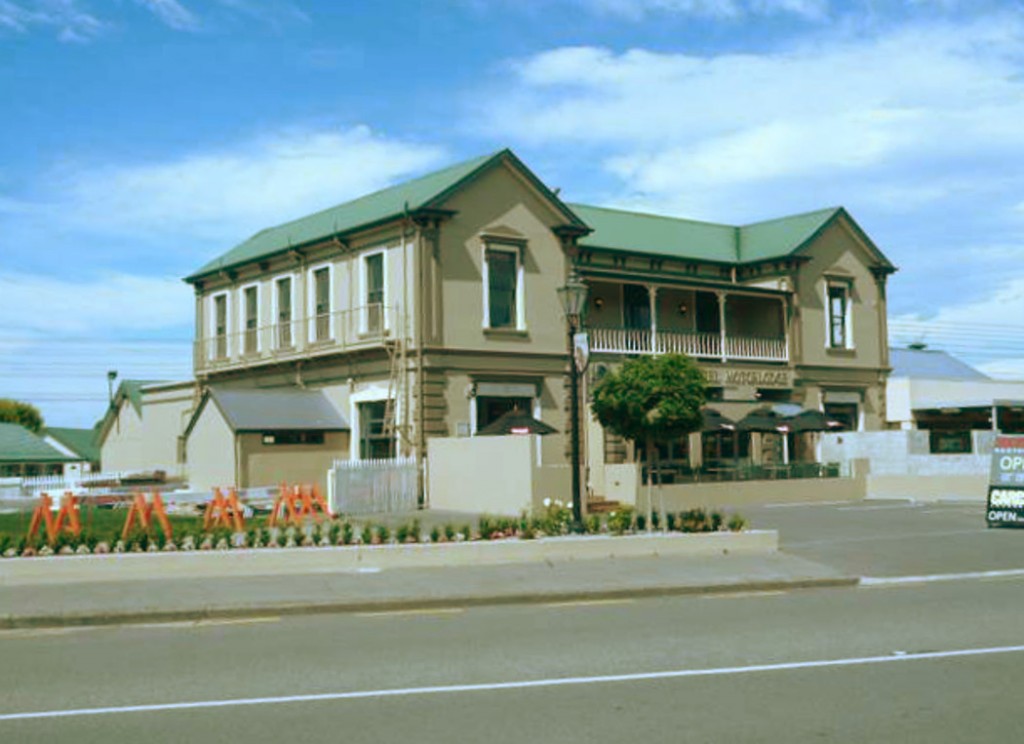 In 1933, Fraser was murdered in the dead of night in his bedroom, where his wife was sleeping, by two blasts from a double-barrelled shotgun.

Despite investigations, nobody was found guilty of the crime.

A particularly cold-blooded murder at the Racecourse Hotel, Riccarton, Christchurch, created a sensation in November 1933, but despite the existence of several very much compromised suspects, no one was ever brought to book for the crime. The 41-year-old licensee of the hotel, Donald Fraser, was killed in the middle of the night in his bedroom, where his wife was asleep, by two blasts from a double-barrelled shotgun. The movements and circumstances of everyone in the house at the time, and of guests at a party held in the hotel earlier in the evening, were checked and rechecked, but without the disclosure of any evidence upon which a definite charge could be laid. Suspicions were early aroused, and although these deepened with the progress of the inquiry, there was never enough evidence to convince a jury. The murder became a public sensation and the police hunt was followed with avid interest. Rewards were offered for information, but the right sort of information was not forthcoming. One thing the police established was that the shotgun shells used in the killing had been purchased on the West Coast, but it could not be discovered by whom. At the conclusion of a lengthy hearing, the Coroner returned a verdict of “murder by a person or persons unknown”, but he had something to say on the reliability of the evidence tendered to him. Some of the witnesses had undoubtedly been truthful, he said, but his concluding remark was: “I leave to public estimation the rest of the evidence”.