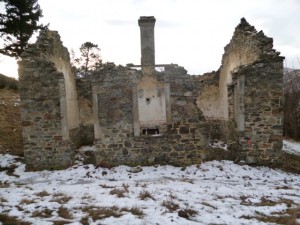 At the end of Cross Street situated beside St Patrick’s church are the old school ruins.  These hauntingly beautiful remains serve as a picturesque and poignant memorial to the generations of children who once lived in the town. At its peak the school roll reached 40 pupils (sometimes being taught in relays to conserve space), but as the fortunes of the St Bathans community abated and gold mining declined so did the school roll.  It now stands deserted and derelict.

The stone building was built in 1875 using a ninety-pound grant from the Otago Education Board.   A “Grand Ball” was held in April of that year to mark the opening of the school.    During the 1880s the school inspectors complained about irregular attendance of the pupils and that the schoolroom was being used to hold dances and public meetings.  Despite the inspectors concern an additional classroom was added in 1895 and this became the junior school.  Around the same time the school committee resolved that the school should not be “let for any entertainments or any other purposes except school work”.

Conditions at the school were not pleasant with reports of  the stone building being “unfit for habitation during winter months”.  The open fireplace was not effective against the bitter cold of Central Otago and ink was known to freeze in the inkwells on the desks.  During the winter many children could not get to the school due to snow so for several years there was a six week mid winter break for the pupils. 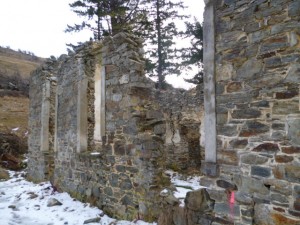 By the 1930s only the smaller room was needed as a schoolroom and the other room was used for playing games such as cricket and hockey.  The roll continued to dwindle and by the 1940s there were less than 20 pupils attending the school.  In 1943 an earthquake damaged the building and lessons were moved to the then vacant post office.  In 1949 with a roll that had been further reduced to seven the St Bathans School closed.  The children of the village then had to travel to the village of Cambrians to attend school.  The damaged schoolhouse was leased to the local pest construction board.  The ruins are now privately owned. 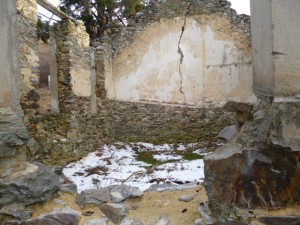 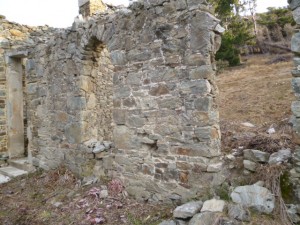 Article and Photos by Barbara Caisley