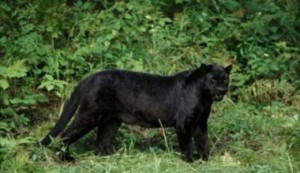 Found this interesting article over on http://naturalplane.blogspot.com .

Alien Big Cat (ABCs) are alive and well in New Zealand and the sightings of them are becoming many and frequent.

Now, before you really think I’m crazy (more than usual anyway), let me educate you as to what Alien Big Cats are.

Alien Big Cats (ABCs, Phantom Cats, Mystery Cats) don’t have anything to do with UFOs (usually anyway). The word ‘alien’ in this context simply means ‘out of place’. ABCs are not creatures unknown to science but are well-known cats which are sighted in unexpected places. Their location creates the mystery, rather than their existence.

18-year-old student Carl Swanson is adamant he saw a large lion recently near a quarry in Kaiwaka (Northland, NZ). He is keen to revisit the site but will not do so unless he has a gun. The reporter who wrote the story happens to be my neighbour (no kidding). I spoke with him last night, and he believes Swanson’s story is absolutely genuine.

The documented eye-witness reports of ABCs in New Zealand are too numerous to be ignored. All evidence points to the fact that there really are mysterious big-cat specimens roaming the bush and countryside.

“How did they get here?”, any sane person will ask. The most probable answer is the accidental release/escape into the wild from zoos, wild-life parks etc.

Interestingly enough, Zion Wildlife Gardens is situated just 60km north of where the lion was seen.

So, if you ever happen to see a mysterious cat-like creature roaming the New Zealand countryside, think twice before you choose not to believe your eyes, keep a camera ready, and maybe, as Carl Swanson suggests, a gun.